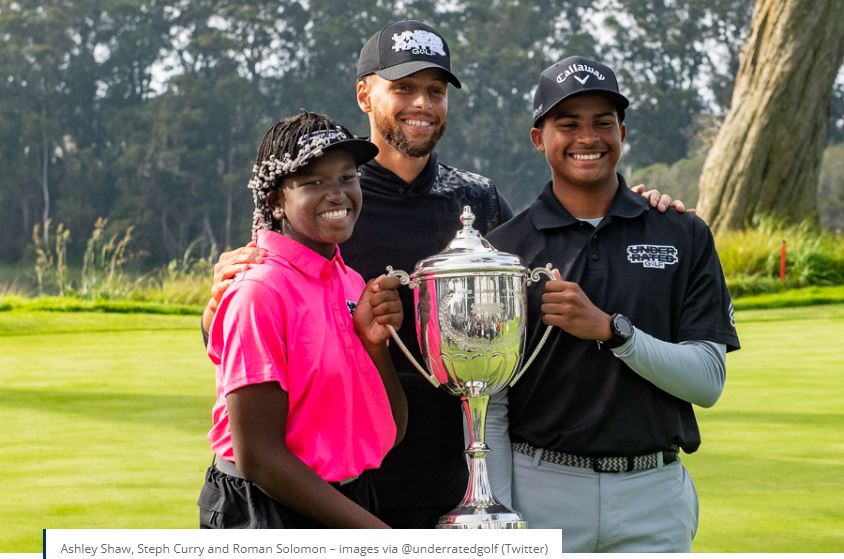 By AAG Publisher September 7, 2022 No Comments

Litchfield Park’s Ashley Shaw, class of 2027 JGAA member, won the inaugural Curry Cup Championship, launched by Golden State Warriors superstar Stephen Curry as part of his Underrated Golf Tour. She fired 4-under par at San Francisco’s TPC Harding Park, with rounds of 70-72-70 to win by two strokes. Coming in fifth place, Alexis Lamadrid of Phoenix fired 67-74-74 to finish four strokes off Shaw’s pace. Curry was joined by NBA veteran Andre Iguodala and PGA TOUR star Collin Morikawa, whom made appearances to show support for the youngsters in their golf journeys.

The Underrated Golf Tour aims to “increase the participation numbers amongst competitive golfers from diverse communities and have them play hand-in-hand with their peers who currently represent the vast majority in today’s golfers.”

In March 2021, with the same goal in mind and the same JGAA players in contention, the PGA TOUR’s Cameron Champ hosted the inaugural Mack Champ Invitational at Memorial Park Golf Course, home of the Houston Open. This time, it was Lamadrid’s turn to lead the pack, winning the Girls 11-12 division at +7; while one stroke back, Shaw finished in second place. Named in honor of Mack Champ, Cameron’s late grandfather, “the tournament focuses on identifying talented diverse players as a way to honor Mack’s legacy.”

The Underrated Golf Tour aims to “increase the participation numbers amongst competitive golfers from diverse communities and have them play hand-in-hand with their peers who currently represent the vast majority in today’s golfers.” 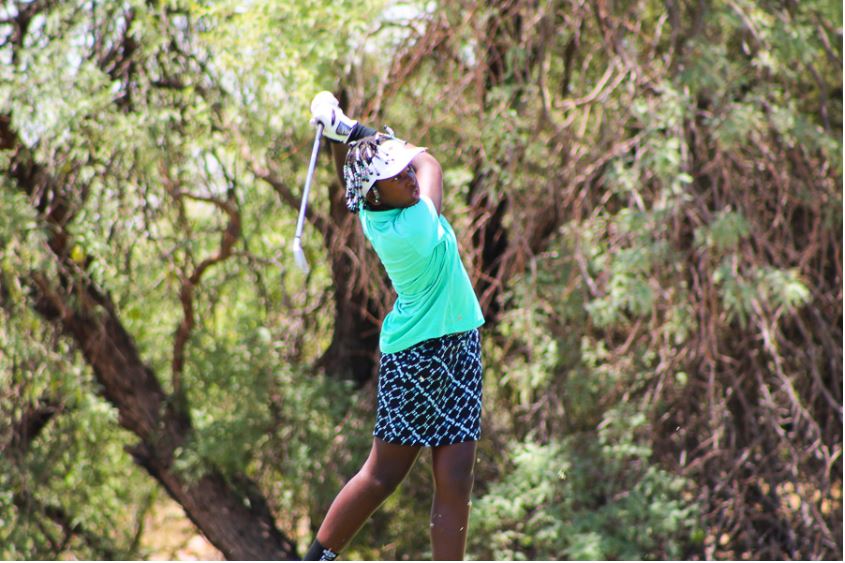 Although successful on the road, Shaw and Lamadrid don’t have to travel far to “play hand-in-hand with their peers.” Desert Mashie Golf Club – oldest public golf club in Arizona – has been upholding the legacy of opportunity for generations of Arizona golfers. In fact, Lamadrid and Shaw were among the six local players to represent the Desert Mashie Golf Club at the Mack Champ Invitational.

“The history and growth of the Desert Mashie in terms of players and importance to the local junior golf community can’t be overstated,” said Scott McNevin, Executive Director of the JGAA.  “These six players were a part of bringing a piece of that legacy to the Mack Champ Invitational. We look forward to many years of participation.”

Formed by a group of Phoenix-area golf enthusiasts in 1946, the first Desert Mashie Spring Championship teed off in 1981 at Encanto Golf Course, became a JGAA-sanctioned event in 1992.